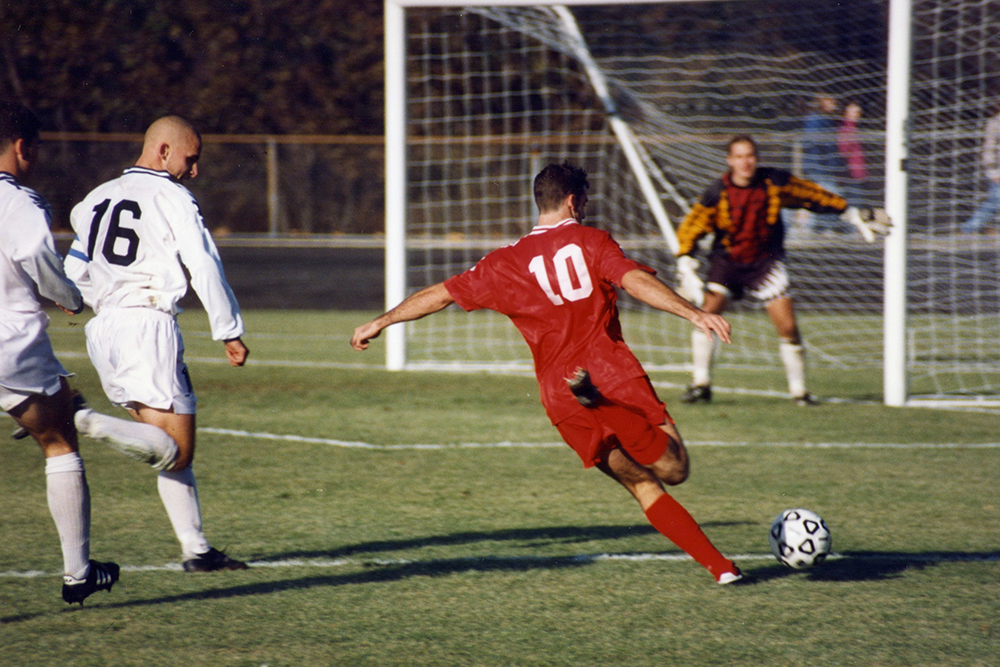 The 2019 Iowa Corn Cy-Hawk Series™ football game proved to be another exciting match-up between the Iowa Hawkeyes and Iowa State Cyclones football teams. Iowa’s corn farmers presented the Hawkeyes with the Iowa Corn Cy-Hawk trophy after they defeated the Cyclones with an 18-17 win in front of a sold-out crowd at Jack Trice Stadium in Ames.

The day began with the Iowa Corn Growers Association (ICGA) serving up homegrown, fresh Iowa sweet corn to the early risers who attended ESPN College GameDay. Iowa Corn farmers were proud to share with Hawkeye and Cyclone fans the delicious one percent of corn grown in Iowa that is sweet corn. Fans were encouraged to wear their favorite Iowa Corn apparel as they went into the ESPN College GameDay pit.

The ICGA VIP tailgate started mid-morning where members enjoyed a corn-fed tailgate. ICGA farmer leaders spent time networking and meeting new people from across the state as they got ready for the exciting Iowa Corn Cy-Hawk football game. Also, farmers rallied at the tailgate to sign postcards that will be sent to the White House that demands the president uphold the Renewable Fuel Standard (RFS). The Iowa Corn Cy-Hawk Series showcases how Iowa corn farmers impact our daily lives because many believe here in Iowa, we grow corn, but the truth is, corn grows Iowa.

“Iowa Corn takes pride in being the title sponsor of the Iowa Corn Cy-Hawk Series,” said Iowa Corn Promotion Board President Roger Zylstra. “The series is a great way to share the Iowa corn farmer story. Just like the hardworking student-athletes at Iowa State and Iowa who inspire us on and off the field, Iowa’s corn farmers work hard to produce corn to feed and fuel the world!”

To stay up to date on the head-to-head matchups in each sport of the Iowa Corn Cy-Hawk Series, go to www.iowacorn.org/cyhawk. Click here to download and use photos to use in your coverage.

Want to get notified whenever we write about IES INDUSTRIES INC POLITICAL ACTION COMMITTEE ?

Sign-up Next time we write about IES INDUSTRIES INC POLITICAL ACTION COMMITTEE, we'll email you a link to the story. You may edit your settings or unsubscribe at any time.